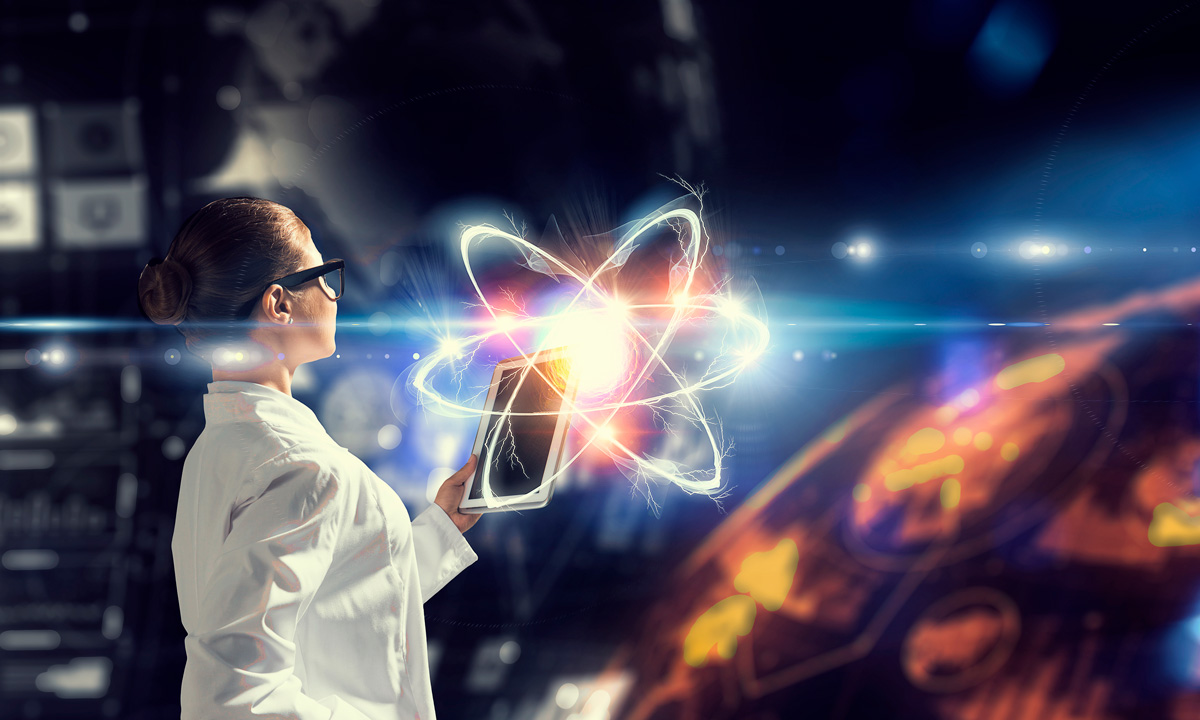 Only 30 per cent of the global research and development workforce are women. Although women now enter professional institutions in numbers nearly equal to men, they are still substantially less likely to reach the highest echelons of their professions. Gender difference in science is still huge, being the magnitude of it more significant in poor developped contries.

Despite the fact that many of the great scientific discoveries of the 20th century have been brought to mankind by the hand of women, history has a habit of erasing women’s contribution to science and research. From mathematician, Ada Lovelace, considered the first computer programmer to Marie Curie, the first woman, winner of a Nobel Prize, and Rosalind Franklin, known for discovering the double helix structure of DNA, the list of exceptional women who have changed the world with their revolutionary work is long.

At Monocrom, we understand the importance of a cultural change to defeat stereotypes. During the last years, we have been encouraging diversity and equity among our entire team by promoting actively the hiring of women and supporting their professional development in the company. We are proud that today, 55% of the total staff of Monocrom is comprised by women. Compared to 2017, when only 38% of the company employees were women, we have raised the numbers in 17% just in 3 years.

In recognition of the International Women’s Day on March 8, we would like to raise awareness of the crucial role of women not only in science but in all professions and industries and give a sincere THANK YOU to all women at MONOCROM for their valuable work.

Please fill out the form bellow to request information about our products and services. We will answer you shortly.

Analytical cookies are used to understand how visitors interact with the website. These cookies help provide information on metrics the number of visitors, bounce rate, traffic source, etc.

Advertisement cookies are used to provide visitors with relevant ads and marketing campaigns. These cookies track visitors across websites and collect information to provide customized ads.

Performance cookies are used to understand and analyze the key performance indexes of the website which helps in delivering a better user experience for the visitors.